What Would Make a Generator Not to Produce Power?

You may notice your generator burning fuel but not doing its main job, not producing power. That is quite shocking, but what would make a generator not to produce power? Even though the engine is working well, there is still no power. This could get you worried or stranded, especially for backup power. There are quite a several reasons for your generator to not produce power.

Why is Your Generator Not Producing Power?

As already mentioned above, there are various reasons for this. So let's have a look at these reasons.

This is one of the most common reasons your generator might stop producing power. Generators move electricity through a magnetic field (which they create) to produce power.

They accomplish this by turning a portion of their energy into a DC. The current is then sent via a coil, which becomes an electromagnet.

After using your generator, some of the magnetic fields are retained. This is known as Residual Magnetism. The generator uses this residual magnetism to help it produce power the next time it starts up.

Several reasons may lead to the loss of residual magnetism. They include:

a). One of the main causes of loss of residual magnetism is leaving the generator running for long without having it plugged into anything. This causes the electromagnetic field to shut down.

b). Lack of use. If you do not run your generator for long, the residual magnetism left can slowly deplete. This happens until it runs out.

c). Also, keeping gadgets plugged in after turning them off could lead to the loss of residual magnetism. If the generator is turned off while powering a load, the remaining magnetism is absorbed into the load.

There is no need to panic if your generator loses its residual power. You can restore residual magnetism to get the generator running again.

Generators have circuit breakers that kick in when there is a lot of current flowing. This prevents electrical damage and fires when things go wrong. If the circuit breaker trips, the generator will no longer be able to produce power.

If your breaker trips, it could be because you have overloaded the generator by running too many devices simultaneously. Check for the breaker switch on the unit's control panel to ensure that your circuit breaker may have tripped. You have a tripped breaker if the switches are in the 'off' position.

You can easily reverse this by unplugging extra gadgets and turning the circuit breaker back on. Also, ensure that you do not overload it.

What if none of these precautions prevent the circuit breaker from tripping? This indicates an issue with your home's wiring or the devices your generator was powering. To find the faulty section, you'll have to trial and error.

These brushes are small carbon pieces that are in contact with the rotor. They normally wear out over time, so you may not find them on high-end generators. However, if your generator has brushes, you'll find them in the brush assembly. 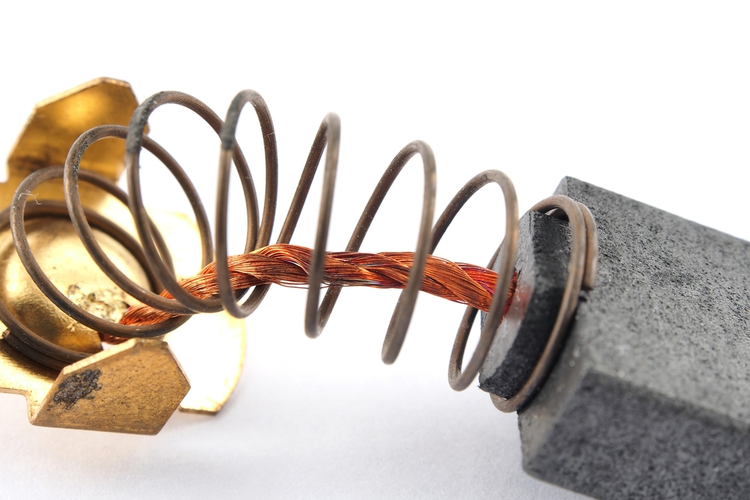 Suppose you do not know where that is, the small parts with metal tabs where wires from the voltage regulator attach. You can unscrew it and check for chips, cracks, burnt or melted spots, loose brushes and brushes worn out to less than half the size of a new one.

If the brushes are worn out, you will need to replace them or the whole assembly.

Many home generators control their voltage with capacitors rather than AVRs. When they fail, they can potentially cut off your machine's output. Whether you have a brushless generator, check the capacitor to see if it's the source of your power loss.

You will find it in the same spot where you'd find an automatic voltage regulator (AVR). When working with capacitors, use extreme caution and do not let your finger connect the two terminals, as it could result in a severe shock.

Damage such as scorch marks or melted metal may be visible. Otherwise, remove the cover and start your generator. Then, connect the probes of your multimeter to the two ends of the capacitor while the engine is running.

If the reading is at 5 volts, the alternator is working well, and the capacitator could be the problem.

Your generator 1 consists of an automatic voltage regulator to keep the voltage steady. This steadiness protects the alternator from things like surges and overloads. However, the AVR can choke off your generator output voltage if it breaks down.

If you understand the ins and outs of a multimer, you can use it to test the AVR. First, remove the brushes' leads from the brush assembly. The AVR should then be unscrewed and removed. Next, start the generator while leaving the end plate off. You'll need to take readings while it's running.

Your readings should be as follows;

If the voltages read as indicated, the AVR is what is making your generator not produce electricity. Therefore, you will need to replace it. However, if the readings are not within the given ranges, your alternator's windings or rotors are causing the problem.

To solve the problem, find and connect the excitation winding broken line with a multimeter ohm block. For failures caused by poor contact, use a fine sand cloth to clean the surface oxide layer and tighten the loose connection bolt and nut.

Frequently Asked Questions On Why Isn't Your Generator Producing Power?

1. What are the common causes of generator failure?

Generator failure can be caused by several factors, including;

2. What are the common types of generator faults?